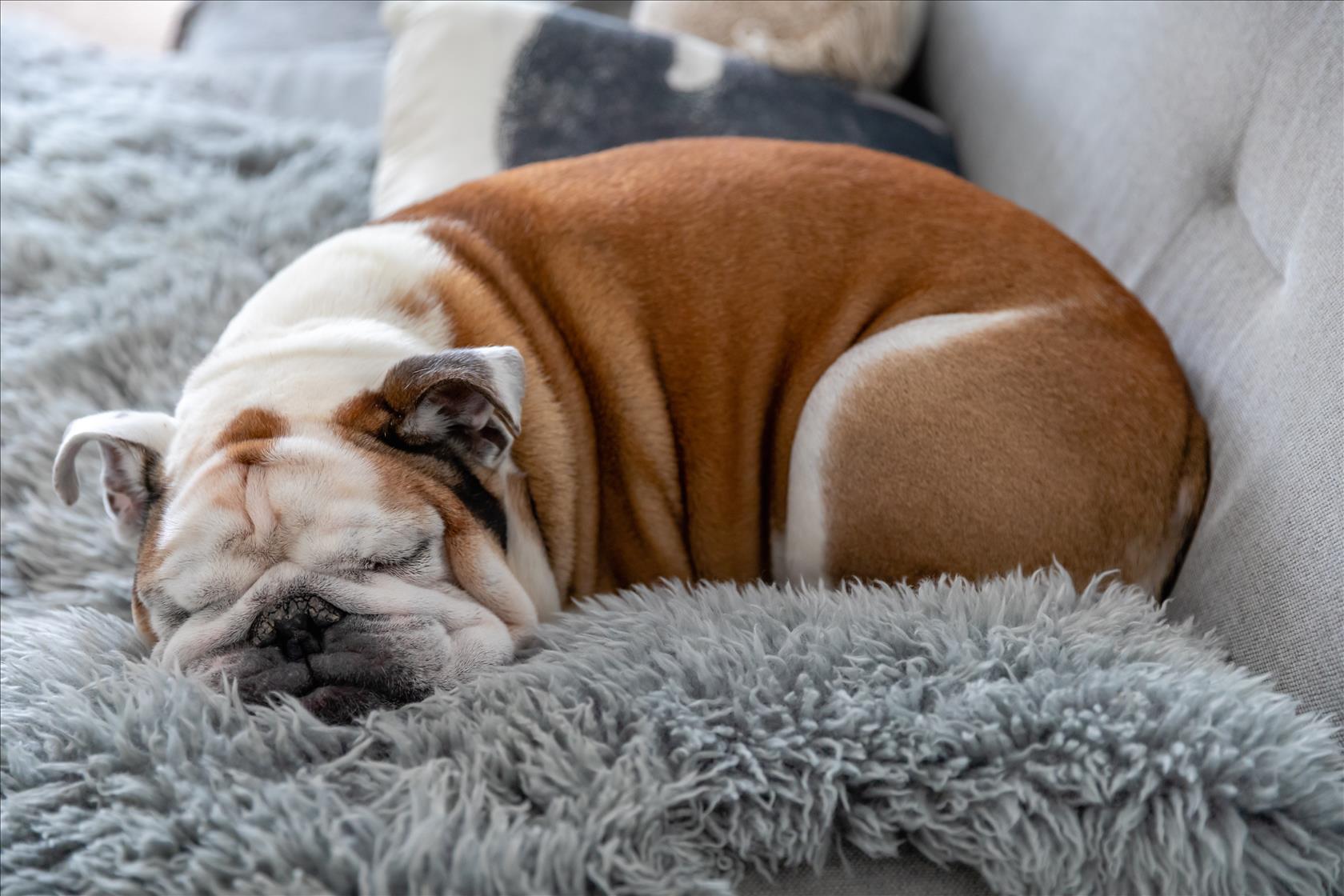 The bulldog is a beloved British icon, according to a new study – which is in very poor condition.

Bulldogs suffer from many health problems because their physical characteristics have been exaggerated by breeding. Particularly high levels have been observed in skin, eye and respiratory problems as well as protruding lower jaws. Bulldogs were 38 times more likely to suffer from skinfold dermatitis than the general canine population.

The life expectancy of British Bulldogs is only 7.2 years. The average dog should live 12 years.

It’s been more than a decade since the BBC stopped televising dog show Crufts after a documentary, Pedigree Dogs Exposed, highlighted the welfare issues associated with keeping dogs. Breeding dogs for extreme physical characteristics like long backs and flat faces is detrimental to their health. And breeding within a small gene pool has led to high levels of inherited disease in some breeds.

Given these facts, is it ethical to breed bulldogs? UK Animal Welfare Act states that animal owners have a duty to provide for the welfare needs of the animals in their care. These include the need to be protected from pain, injury and disease.

There is ample evidence that many Bulldogs suffer from pain and illness due to the characteristics they are bred to exhibit. The RVC study focused on physical health, but anatomy also affects an animal’s behavior. Many bulldogs cannot mate or give birth without human assistance and even play and exercise can cause discomfort. This goes against another dog’s need for well-being: to be able to behave normally.

So, in their current form, breeding bulldogs is unethical. The race must change radically. This can only be achieved if breeders deliberately avoid breeding harmful characteristics, even if it means losing or moderating the breed’s distinctive appearance. A modified bulldog, bred for health and welfare, would make a better national mascot. If this cannot happen quickly, there is a strong case for restricting reproduction. The Netherlands and Norway have already done so.

The problems are of course not limited to English Bulldogs. Other breeds with shortened (brachycephalic) skull shapes like pugs and French bulldogs have difficulty breathing. The shorter the muzzle, the greater the respiratory problems.

Yet at the same time that studies have proven the risks, these breeds have become more popular with no health improvement for the majority of dogs. Either the public is still unaware of the health hazard to these dogs, or they think the cuteness outweighs concerns for their well-being.

Owners of flat-faced dogs often think that inherited disorders, such as difficulty breathing, are normal for the breed. Some may even enjoy caring for a disadvantaged animal. This notion is wrong. Owners who buy dogs with exaggerated physical characteristics create a market for characteristics that reduce the length and quality of a dog’s life.

Each breed is at risk for hereditary diseases because they are raised in a closed gene pool. But, for some breeds, these disorders are more common or more severe, and for many breeds that also have exaggerated traits, the problems are exacerbated.

Animal charities encourage people looking to buy a dog to research the breed. There are resources to help you and guides on how to choose the healthiest animals within a breed. However, to really cause positive change, we may need to stop buying certain breeds altogether.

When I first looked at pedigree dog keeping in 2009, my co-authors and I outlined actions that could improve the situation. Actions included collecting data on the health and mortality of all dogs, revising kennel club registration rules to prevent mating between related dogs, and opening herd books to allow crossbreeding with other dogs. other breeds. None of these have yet been achieved.

But there has been progress. For example, many kennel club breed descriptions have been subtly tweaked to encourage less exaggerated characteristics. There are more DNA tests available to help breeders select the healthiest parents, and researchers, including RVC, have increased data collection. But the large number of dogs still suffering and the popularity of these breeds suggests that not enough has been done. There has to be a change in what the public thinks. We should look for pets whose genetic makeup and breeding make them likely to lead happy, long and pain-free lives.

Animal care, marketing and research professionals have a vital role to play in protecting dogs. But so are we. The pictures we choose to share of dogs and the choices we make when we adopt or buy a pet can help spread the message that beautiful dogs are those who are healthy, happy, and able to run and play. .


Legal disclaimer: MENAFN provides the information “as is” without warranty of any kind. We assume no responsibility for the accuracy, content, images, videos, licensing, completeness, legality or reliability of any information in this article. If you have any complaints or copyright issues related to this article, please contact the provider above.

What do you leave for your pet while you’re away, Berkshires?