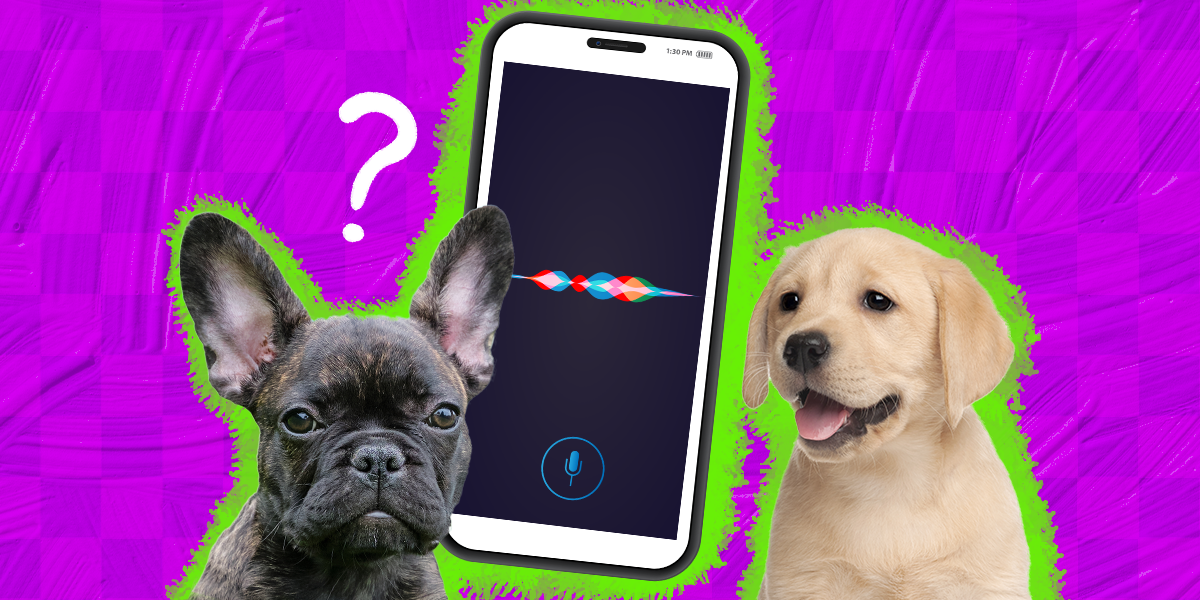 One of the many fun parts of adopting a rescue dog is figuring out what breed or breed mix your pet is from. Is your dog part pittie or part terrier, or some other combination? Sometimes a physical trait can provide a clue, such as your dog having the long body of a dachshund or the distinctive V-shaped ears of a retriever, and other times a dog’s background can be a complete mystery (although adorable).

Luckily, finding out your dog’s background is now as easy as using your phone, thanks to Siri Knowledge’s Visual Look Up feature. It’s available on Apple’s iOS 15 and later, and to use it, all you need is a photo of your pet, something every dog ​​parent probably has a ton of on their phone already. Plus, unlike a pet DNA test, Siri’s results are instant and completely free! No uncomfortable swabbing of your dog’s mouth required.

I recently tried the Visual Look Up on my own rescue dogs to test its accuracy. Having purchased a DNA test shortly after adopting each of my dogs, I already knew that they were both chiweenies, i.e. a mix of Chihuahua and dachshund, a not uncommon combination for small rescue dogs where I live in Southern California. (My dog ​​is supposed to be a little cocker spaniel too.) So I was curious: would Siri be able to tell my dogs were chiweenies? Or can technology only recognize purebred dogs?

To use Siri Knowledge’s Visual Look Up feature, all you need to do is open the Photos app on your iPhone and navigate to a photo of your pet. For best results, you’ll want to choose a photo in which your dog is facing the camera without being too far away. Then swipe up. Just below the “Add caption” field is an icon of an animal paw print and the words next to it are “Look Up – Dog”. Once you tap on it, you will see your results. Siri Knowledge will give you her two best guesses about your dog’s breed as well as pictures of similar-looking dogs from around the web.

I tried it on several photos of my dogs, and to my surprise, Siri generally came to the same conclusion as the DNA tests we did: chiweenies!

The technology, however, is not perfect. When I tried the Visual Look Up feature on photos of my dogs in which they were facing outward or to the side of the camera, or in those where I had photographed them from a distance or in dim conditions low light, the results were much less accurate. Siri sometimes confused them with other breeds, like miniature pinschers, or even a much larger dog, like a black and tan coonhound. So choosing the right photo to use is key!

Here is an example of a winning photo where Siri was able to correctly identify my two pets. Note that if you have multiple pets like me, you will need to tap on each of the paw prints to get the individual results.

And here’s a less awesome candid photo from a walk on the San Antonio Riverwalk where my dogs’ features are much less visible because they stand with their profiles facing the camera. This is the one where Siri got it wrong!

Siri Knowledge’s visual search feature is also available for chats. So, in addition to your own pet, you can take a picture of any friendly dog ​​or cat you meet and use the tool to find out a bit more about their lineage.

But the real fun comes from using Siri to identify your own rescue pup’s background – because when you love a dog, you want to know everything you can about it.

Woods Humane Society in San Luis Obispo Matches All Donations up to $10,000 During “Dogust”