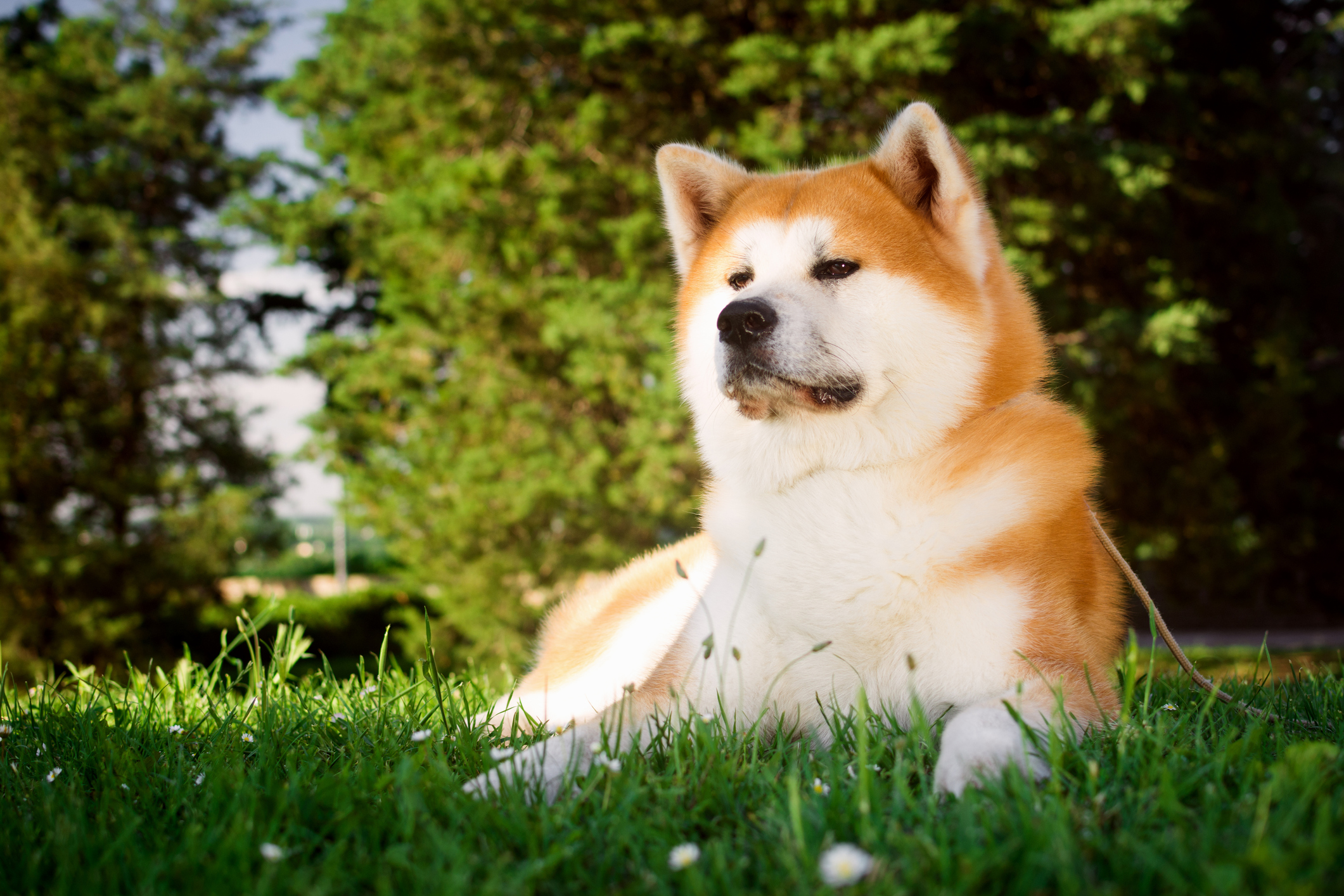 15 dog breeds that are very loyal to their owners

While many dogs will adore every human who crosses their path, other four-legged friends will forever remain loyal to their family nucleus.

Gina DiNardo, executive secretary of the American Kennel Club (AKC), says some dog breeds are more devoted to their owners than others.

She said News week: “Every dog â€‹â€‹is different, but there are certain breeds that are known to be reserved for strangers and close to their families.

â€œSome may even have a special someone in the family whom they prefer to everyone else.

“As with any breed, socialization is important for a balanced companion. Always do your research before adding a dog to your life.”

Here’s a look at which dog breeds the AKC considers to be the most loyal to their owners.

The Akita is a large and powerful breed of dog originally tasked with protecting royalty in feudal Japan.

As a result, this breed of dog is loyal companions who will be attached to the good human for life, with the AKC describing Akitas as “wary of strangers, but silly and affectionate with family.”

The Australian Cattle Dog is an extremely hardy dog â€‹â€‹breed developed, as the name suggests, by settlers to manage huge herds of cattle on large ranches, where these dogs are still used today.

Although somewhat wary of strangers, this dog breed is known to be especially protective of those close to them, with the AKC noting that they are “extremely loyal to their family.”

The Neapolitan Mastiff dog breed was developed in southern Italy as a loyal guardian of family and property.

This imposing breed is nowadays nicknamed the “gentle giant”, with the AKC describing the dog as a “massive guardian who is wary of strangers, but very gentle and protective of his loved ones”.

The charms of the Chihuahua dog breed include their small size, larger-than-life personality, and impressive agility and obedience.

The AKC describes the Chihuahua breed as: “Loyal dogs who enjoy spending quality time in their favorite person’s lap.”

Originating from the meeting of Europe and Asia, this most elegant breed with a unique appearance is considered to be one of the oldest varieties of dogs.

But while some Afghan enthusiasts describe the Afghan Hound as both distant and comedic, the AKC notes that “this breed is deeply loyal and loves its family.”

Anatolian Shepherd Dogs originate from Turkey, where they were bred as shepherd companions and livestock keepers.

Also known as the Anatolian Karabash or Kangal dog, the AKC tells News week: “These dogs are very devoted to their families and protectors of everything they call their own â€” family, livestock, other pets.”

Although originally bred to keep, hunt, herd, and fight, the Chinese dog breed Shar-Pei is known today for their characteristic, cute wrinkled skin and dedication to their foster family.

The AKC says, â€œThey are intensely loyal to their families and tend to be distant with strangers. “

This historic Italian dog breed was first developed to protect people’s property and hunt big game such as wild boar.

And while these powerful purebred dogs are best suited to parents of experienced animals, the AKC notes that “this breed is extremely loyal to its humans.”

Beneath the long, shaggy coat of the purebred Briard dog breed resides an adventurous spirit and awe-inspiring intelligence.

The AKC said: “The Briard is wary of strangers and is very protective of his family, especially children. They view children as their flock.”

Originally bred to hunt vermin, these small but lively purebred dogs are as energetic as they are intelligent.

The AKC writes: “These little human-like dogs don’t like to be alone and stay close to their special human.”

The Mastiff is one of the oldest types of dog breeds and although the variety was originally used in combat, modern purebreds possess a much calmer personality.

The AKC notes, “Eternally loyal guardians, this breed is a lovable and protective companion who is wary of strangers.”

The Rhodesian Ridgeback breed originated in Africa where these beautiful dogs were used as versatile hunters and protectors of property.

The AKC states, â€œThe Rhodesian Ridgeback is very protective of his loved ones and affectionate with those he trusts.

The Dalmatian has a history stretching back hundreds of years and this black and white dog breed has been used in many roles including as a hunter and circus performer.

The AKC writes: â€œDalmatians are reserved and can be distant with strangers. They are loyal and loving to their favorite humans.

The Doberman Pinscher originated in Germany at the end of the 19th century, where this mixed breed was mainly used as a guard dog.

AKC tells News week: “Dobermans are extremely loyal and protective of their people. They thrive as part of a family.”

Despite their rather imposing proportions, the Great Danes are actually widely recognized as one of the more natural breeds of dogs.

The AKC describes these dogs as gentle, writing, “These gentle giants are affectionate and in need of human companionship.”